Meat: From Field to Consumption 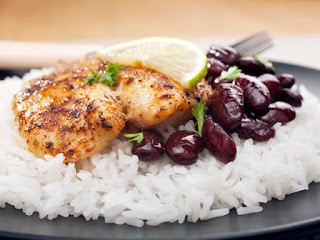 Meat: From Field to Consumption

The federal government has from time-to-time tried to intervene within the meat processing industry with such campaigns as “Eat less red and processed meats,” as pronounced by the federal Dietary Guidelines Advisory Committee (DGAC). I understand it’s like candy but the whole truth about the road of meat from birth to consumption can be short and cheap, or it can be long and beneficial for human consumption. It’s not like when my Mother use-to go out and grab a chicken out the chicken coop and chop its head off. With those chickens we knew what was fed to the chickens because that was my job, feeding the chickens. Their food consisted of regular crackled-up corn feed. Nowadays that claim is doubtful with any type of meat consumptions which has a gigantic array of additives to enhance the shelf-life and maybe the taste of that particular meat.

The start of the process begins with farmers who believe that they are doing the right thing by producing and grazing millions of farm animals which in turn has a devastating impact on both the water supply and quality of air. Now next these same open-range animals are then moved on downline to the inhumane factory farms or feedlots. At that point they are fed; antibiotics genetically engineered grain and the most ill-reversible fate of all, artificial hormones. The last byproduct of factory meats is very important because it affects the sexual orientation of young people. Do you need that?

Also, there are psychological ramifications to expect with the consumption of confined animal’s hormones (CAFO), that is, you become what you eat, by eating caged stressed animals, and you will in turn become stressed, the waterfall effect. So there you have it, the meat in most cases starts out ok, except for the environmental detriments, and is somewhat contaminated as it makes its way to your plate, and we are talking about 95 percent of beef and a large percentage of other meats still come from feedlots and factory farms.

Trust me, once you stick to vegan and try going back to eating meat once again, you will almost immediately sense the taste of death.

Email ThisBlogThis!Share to TwitterShare to FacebookShare to Pinterest
Labels: Vegan