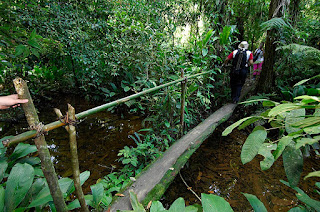 
A. Hexagram twenty-four is related to or has reference to Returning, hence, the turning point.

Another variation would be the idea of a return to our humble beginnings to celebrate the holidays with family. Starting out now would be a good time to get ready for the "ghost of Christmas past." At that point, it would seem that the little leaves and comes back big. "Return-Learned." Getting right for Christmas Eve, from this point onward. The time is correct; there is no un-expectancy with this true, and noble act/plan. There is an advantage in whatever direction one might take at this time, or going and coming harbors no ill will.
1. Now is a good time to cross the great water. I say that because as the image depicts, that of movement that relates to the lower trigram of thunder, hence the feet as a means of going back and forth. There is some headway if one realizes the turning point and yield to the times of solstice and returns to be with family.  There is now coming without returning to the source, and there is no going without returning. During the point of Return, 8.
2. Returning:
These are the times of a turning point, a solstice. The returning is in perfect stride with that of heaven.

1. Thunder within the earth, "Quaker."
a) In whatever you do expect improvement.
b) Thus again, there is an advantage in whatever direction movement is made, if equal weight is given to the above advice.


Legge: "Progress and freedom of action are found in Return. Goings and comings are unimpeded, and friends approach without error. Return to repeat the proper course. Seven days returns the cycle to its beginning. There is advantage in choosing one's path."
~http://www.jamesdekorne.com/GBCh/hex24.htm

A. The return can be seen with the incident of Scrooge and the ghost, the ghost came back or returned to try and get Scrooge to reconcile or repent. Returning is good at this time, one returns to his or her correction position.

1. Again, now is a good time to cross the great river, in plain words, there will be going and coming without error. Remember, that the return yields success. Friends come without blame. No matter what, goings and comings will yield no harm. Let your goal at this time be correct. It is the will of heaven, The Yearly Festival. Strange as it might seem, the image reminds me of Lava. With everything blocked off, it is best we return from whence we come. Above all, be kind to others, show self-discipline. Hold true to the path of the Superior Man. Again, it is that time of the year to return and be with the extended family. Happy Holidays Folks.

Email ThisBlogThis!Share to TwitterShare to FacebookShare to Pinterest
Labels: #mycal8, i ching, Our Calendar, Taoist 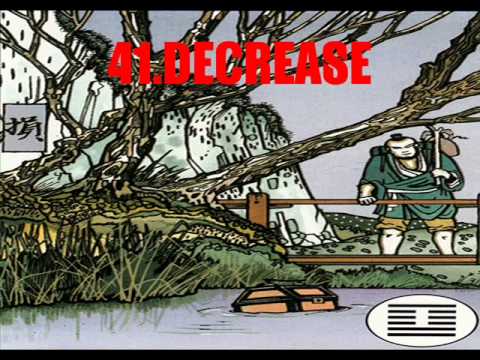