Bottom. [6] Every man has a place in society, and every man can find success in life if he conducts himself in the right way, i.e., if he follows the right path. Not every man is destined to be a leader or a great man or sage. But by aligning himself with the universal forces of right, he can become everything he is naturally capable of becoming. This means he can find success, accomplish things, and be recognized as a good man and a contributor to his community. Every man is recognized by his fellow men, not for what he feels inside about his inner worth, but for what he accomplishes externally for the benefit of others. But he cannot make real progress in accomplishing things that benefit others unless he pursues rightful goals in a rightful way.

2. [9] It is the duty of every man to do something significant with his life -- something that distinguishes him as a person and that makes a contribution to the life of his community, however modest the contribution may be. Unfortunately, if he does this, he is bound to evoke the envy of some members of the community who view achievement in a competitive light. But as long as the man does not brag about his accomplishments and allows his work to speak for itself, this kind of petty envy will be seen by others for what it is, and it will do him little harm.

3. [9] A man of great abilities and good character remains unrecognized by his fellow men. He works hard and is quite productive, but the work he produces gains scant notice and has little or no influence. He feels frustrated and upset by this lack of recognition, and wonders if there is something wrong with him, or if his work is defective or unworthy. He fears that all of his personal assets and all the work he is doing is going to waste, and he asks himself if perhaps he should be doing something else that might be more effective. It is important for such a man only to make sure that what he does and how he does it is in alignment with the forces of the Universe, that is, with what is right. If those conditions are fulfilled, he need not worry. He should be patient, for in time his frustration will be relieved, his work will be recognized, and what he does will have influence on others. What is important is not what others think or recognize, but whether what he does is guided by what is right.

4. [9] A man has accepted a great but difficult opportunity which has great responsibilities, but he is not adequate for the task. Moreover, he does not even make as much an effort as he could, and wastes his time with unworthy companions, leaving the work in the care of others. This entire enterprise reeks with failure, and the man deserves nothing but personal humiliation for such an inept handling of his job.

5. [6] A kindly man of great modesty who is responsible for an important enterprise attracts expert helpers who ably assist him in carrying out his tasks. It is important that the man realize that it is his kind and modest attitude and his openness to able men that has enabled him to gather together these outstanding assistants, and this in turn is what has enabled him to be as successful as he has become. Were he to change and become proud and boastful following his great success and good fortune, he would be in danger of undermining the entire enterprise. It is his openness that holds everyone together, that makes them feel that they will be listened to and thus be effective, and that causes them all to want to contribute their very best. It is vital, therefore, that he retain this modest, open attitude and continue with the prescription for success that has worked so well for him thus far.

Top. [9] The wise sage, in dispensing his beneficial work to mankind, does so with the purest attitude and the utmost mildness of manner. His thoughts and intentions are in perfect harmony with the universal forces, and he finds favor with God and with men. He dispense his gifts freely and openly to all who choose to receive them, and the greatness of his vision is clear to all. The work he does is of great benefit to mankind and is influential over all who come within his sphere. 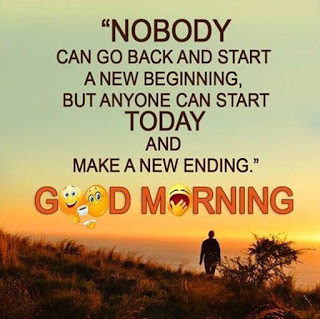 Email ThisBlogThis!Share to TwitterShare to FacebookShare to Pinterest
Labels: #mycal8, Foretell the Future with the I Ching and My Calendar of Days