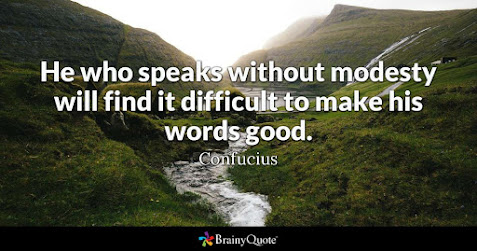 
A. Hexagram 2 is Kun or Field. Additional variations include The Receptive, Acquiesce or the Natural Flow. Hexagram 2's lower trigram is field or earth, and its upper trigram is identical.

1. The Receptive brings about sublime success,
Furthering through the perseverance of a mare.
If the superior man undertakes something and tries to lead,
He goes astray; But if he follows, he finds guidance.
2. It is favorable to find friends in the west and south,
To forego friends in the east and north.
Quiet perseverance brings good fortune.

1. The earth's condition is receptive devotion.
2. Thus the superior man who has a breadth of character,
Carries the outer world.

Credit | FREE WILL MAGIK
The Lines Bottom. [6] The worthy assistant remains alert to the first signs of deterioration in the endeavors of which he is a part. Since he does not have responsibility for everything, he can stand back and observe problems at their very beginning. Thus he is able to heed the early signs, take precautions against further deterioration, and keep things going smoothly.
2. [6] The subordinate accommodates himself to the needs of the creative leader. He supplies what the leader lacks, and thus makes himself indispensable. He suggests improvements and effective alternatives that enable the creative leader to achieve his goals. He has no motives or goals himself outside of making the work of the creative leader more effective.
3. [6] The effective assistant does not seek recognition for himself or his abilities, for he knows that to do so would undermine the joint effort. He may well have many assets that others are unaware of, and which he keeps concealed until needed. He avoids attracting attention to himself, because that can arouse resentment as well as all kinds of opposing forces that would defeat his usefulness. Even as an assistant, he may well occupy an important position. Nevertheless, his chief attribute is restraint. His aim is the success of the endeavors of which he is a part, not receiving credit for what he does. This will often require a considerable amount of working behind the scenes.
4. [6] In difficult times, one must act with great delicacy and avoid drawing even the slightest attention to oneself. Since he times are difficult, any degree of prominence is almost surely to be misunderstood or misinterpreted. By remaining completely in the background, the subordinate assistant can complete his work without anyone even knowing that he has been actively involved.
5. [6] If the Devoted Assistant is forced into a prominent position, even though he is not and cannot be an independent player, he must act with the highest degree of discretion, sincerity and dignity. These characteristics should reveal themselves, not in mannerisms or haughty attitudes, but indirectly through the way he does things and brings about results.
Top. [6] The man in a subordinate position who tries to assume the position of leadership brings down upon himself every form of opposition from those stronger than he. He causes great injury to himself, to the work he is supposedly a part of, and to all around him. Such an effort to which he is unsuited by nature can only bring defeat and disaster to everyone involved.
All lines 6's. When the subordinate is combined with the creative, the attributes of both are melded together, so that the man remains steadfast and enduring while working in the pursuit of what is right. Nothing great comes of this, but then nothing harmful happens either. Please Comment, Like and Share
Credit | FREE WILL MAGIK