Bottom. [6] At the very beginning is the time to put an end to an inferior element that has somehow sneaked in. If, because it is small and weak, it is allowed to take root and grow, it will become enormous trouble. Small causes often give rise to big troubles. This small matter may be insignificant at first, but if not gotten rid of immediately, it will soon reveal how significant it can be.

2. [9] An inferior element that is not forcefully eradicated may remain and not cause trouble if kept under constant control. But it must be confined to a very small area, otherwise it will spread and infect everything it comes in contact with, and get completely out of control.

3. [9] The evil element is inviting, and offers some attractive possibilities to the man. However, the position the man has taken makes it impossible really to associate with that element, although he would like to. He cannot turn his back on his principles, and that makes such an association incompatible. But the attraction of some aspects of that evil element weakens the man's resolve and introduces a certain element of indecision and uncertainty. Nevertheless, he sees too clearly the incompatibility of his association with evil, and he avoids further involvement.

4. [9] Inferior people are present, and unfortunately, the man cannot get by without them. It is possible that they can be of some help in the future, but the man is disinclined to bother with them, and would as soon throw them out. If he does that, however, or if he treats them with such contempt that it makes them angry and causes them to leave, they will not be available when he needs them. The result will be a real set-back, but the man has no one to blame but himself.

5. [9] Inferior people are present, but the man is patient and more disposed to work with them. He has such great strength of character, such fine leadership abilities, and such a modest good nature, that he is able to exert his influence upon the inferior people and get something out of them where some lesser man would not. He does not badger them, or treat them with contempt, neither does he attempt to impress them with his superiority. Instead, he treats them as the kind of people that he might wish they were, and they respond to his positive expectations to a surprising degree. The superior man's positive image is infectious and inspiring, and the inferior people do their very best and make a commendable contribution to the general effort beyond everyone's expectations.

Top. [9] The superior man has separated himself from the world and does not suffer fools gladly. He detests the insincerity, the mediocrity, and the stupidity he sees all about, and he openly reveals his contempt when it comes before him. This, of course, does not go over well with the objects of his disdain. They think he is unfriendly, uncongenial and unaccommodating. But he doesn't need them, and couldn't care less what they think of him. He knows that at the level at which he chooses to function, there are few men indeed who want to deal with him. Indeed, his world view makes himself uncomfortable at times. So he loses no sleep over it.

Some Benefits Of Qigong

Some Benefits of Qigong By James Byrd, MBA For many years now, the Chinese medical therapy known as Qigong exerci...

"We Look for Ways to Create Demand, Increase Your Market Share, and Engage customers!" 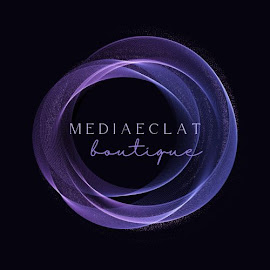